“a package wrapped in newspaper” 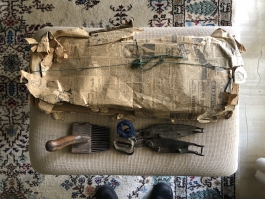 When my sister-in-law Ermioni died in 1992, we found among her things a package wrapped in newspaper. Inside were designs for the Persian carpets she wove in her mother’s home workshop in Constanța, Romania. They had fled there in 1925 from Pisidia, Anatolia, after her father was rounded up with other non-Muslim males and taken on a Death March to Diyarbakir in Eastern Turkey. By 1950 her mother, too, had died and her two brothers had long-since moved to Greece.

Five times refugee or migrant, Ermioni spoke a mixture of Turkish, Greek, Romanian and American English when she retired to Athens from the US in 1976, to be near her beloved brothers. Once settled here, her only request was to somehow source a large carpet loom: she was itching to weave again.

Perhaps we didn’t try hard enough; we were never able to oblige her. 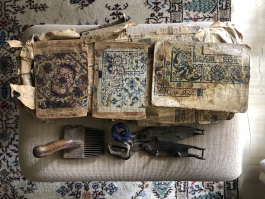 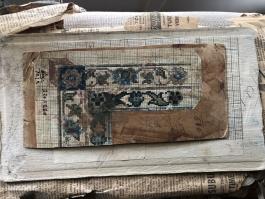 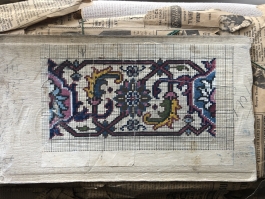 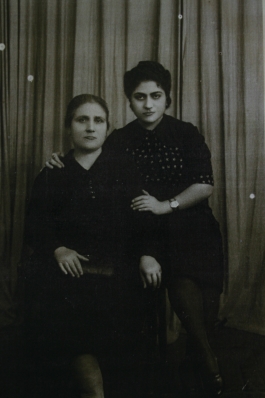 Ermioni (right) with her mother in Constanța 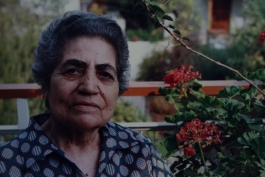