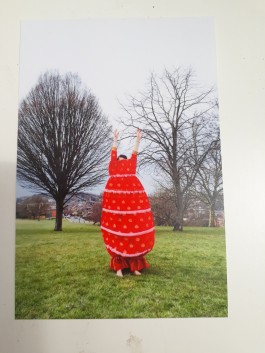 “My mother Elizabeth McBarnet was a child of the Raj. Born in Kashmir, she spoke Urdu until the age of 7. Elizabeth was separated from her mother and from India when along with many other Anglo-Indian children she was sent on a ship to the UK. She did not return to the place of her birth until she was 72 years old when she and I travelled to Pakistan via India. At the time she was very unwell, but she wanted to experience the tastes and smells of her childhood before she died. On our visit she bought me a sari which I wore when we were there.

I made the costume in these pictures from the sari that she gave me, I covered it with bells that I had found in a market in Islamabad. The dress was made for an exhibition in 2018 called 'Mum Before Me'. The participating artists were asked to explore who our mothers were before we were born. There was great ambiguity around her ethnicity, and I found it difficult to find a woman who could not find herself. Yet I discovered glimpses of her true essence amongst the pictures and stories of her childhood in India, before the partition.

My mother wanted to be a dancer, but she wasn't allowed to follow that path. She loved to dance and so I chose to respond to something in her that was quite unrealised by whirling. My dance became her dance, a celebration, and resolution of something intrinsic. Inspired by the Dhamal, a Pakistani relative of Sufi whirling, the dance became an invocation of transcendence and freedom from the self.” 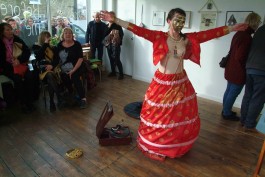 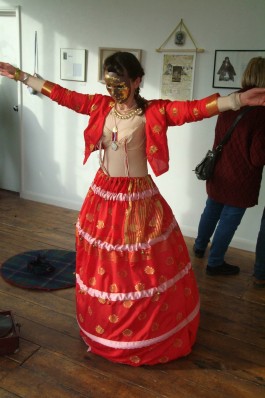 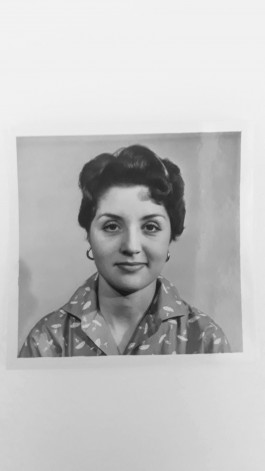